And for this post, its gonna be a throwback from a KL trip few months back. Catching up with some of my besties from UPM is indeed an annual ritual, quarterly to be exact, since it will doubles as a gastronomical + shopping trip. Besties Yee and Mei hosted us and drove us around the hyped places in KL and we are at Publika, Solaris. We were looking for a cafe while I wait for my return place home and damn! We were spoilt for choices. Initially we were attracted to Salon du Chocolat as yours faithfully has a soft spot for desserts. It was somehow full, indicating it must be good or probably trendy... 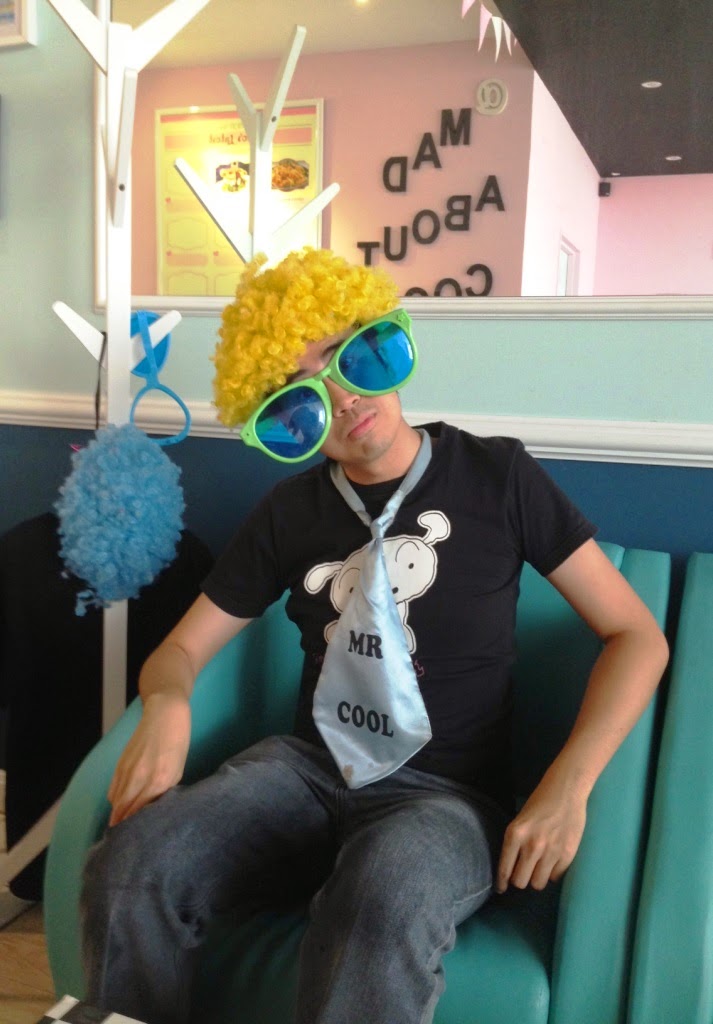 We walked around and found out this hidden gem - Mad About Coco, situated on the first floor of another wing. As the name goes, it has, well you guessed it, CHOCOLATE as its main theme. Flip open the menu and it is chocolate chocolate everywhere! 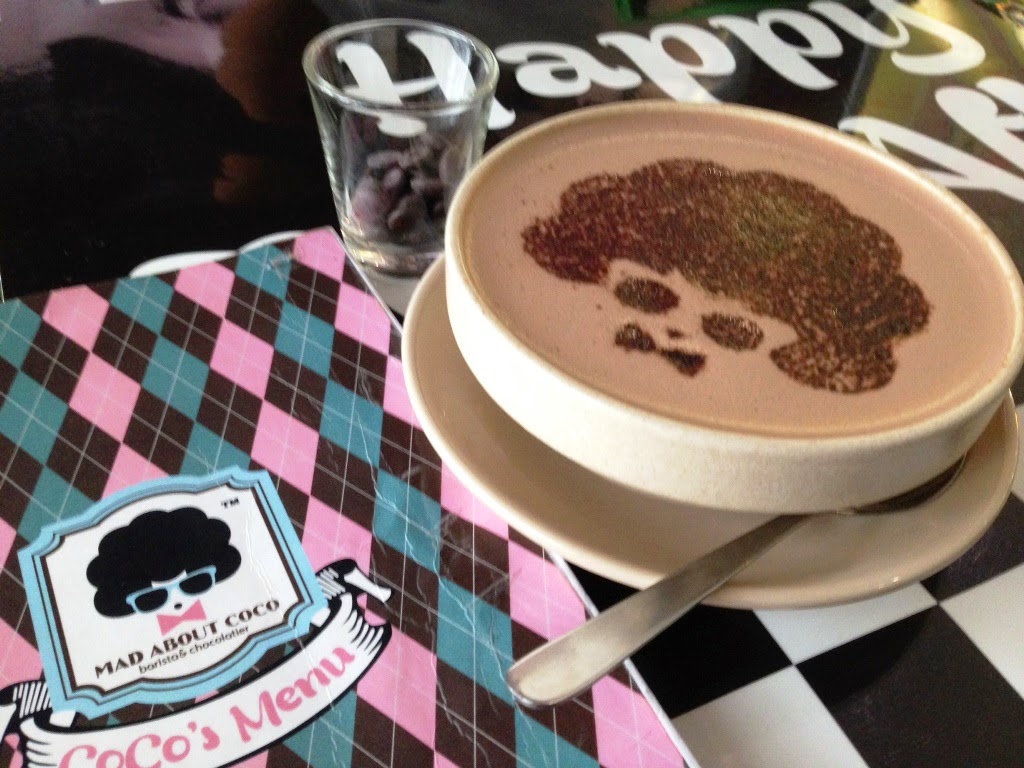 This is their Hot Chocolate (RM15) served in a *gasp* SOUP BOWL! Chocolate chips are served separately whereby you can pour them in according to taste. However, it was slightly tough for the chocolate chips to melt as the Hot Chocolate will be WARM chocolate in no time, thanks to the comfortable air conditioned environment. Taste-wise, it was nothing really spectacular. Don't get me wrong, its not bad. Just tat I would've ordered something more unique from the menu. At least something more special than their iconic brand logo as coffee art. 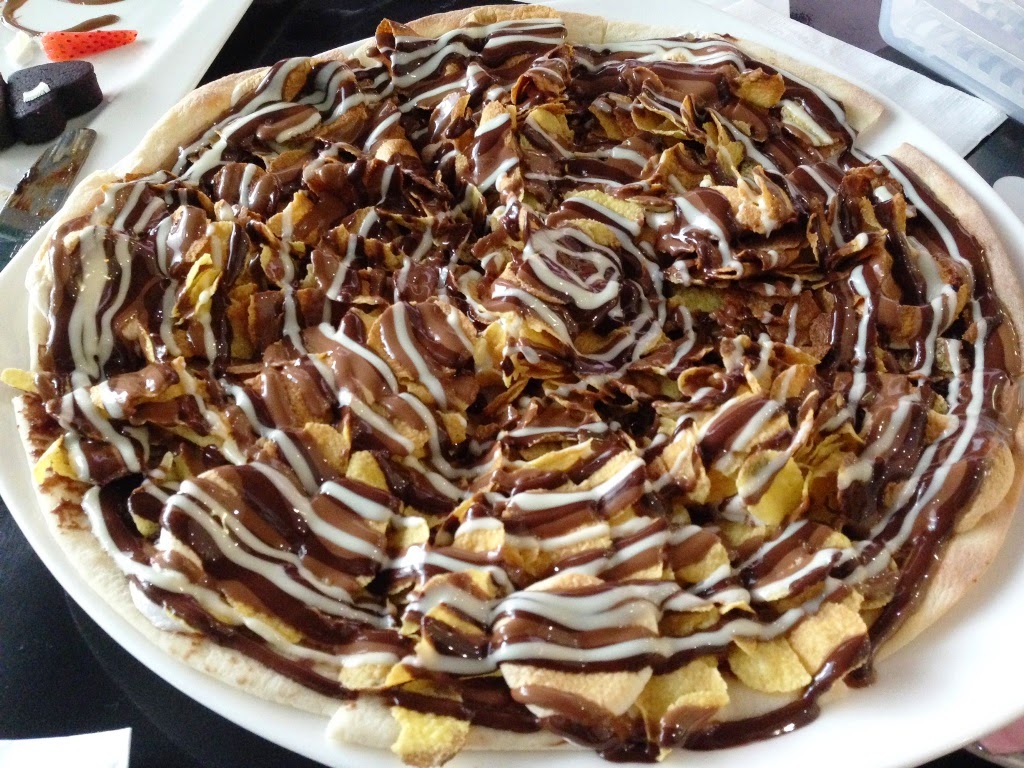 Yeah perhaps something like this would be worth your bucks. Crunchy Chocolate Pizza (RM20) has a thin pizza base with cornflakes, marshmallows and drizzles of white chocolate and milk chocolate. The first slice worked its magic on us, most probably because it was hot and fresh, but we felt a bit "jelak" on the second piece onwards. 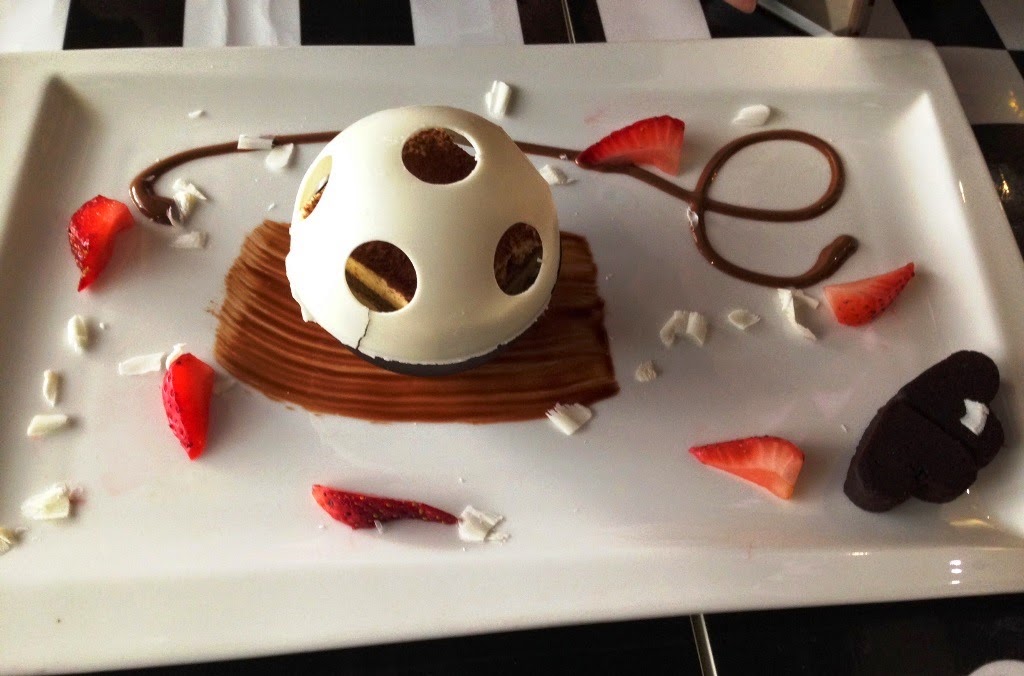 This is the Innocent Devil Tiramisu Ball (RM20). Not very innocent till you spot what happen next... 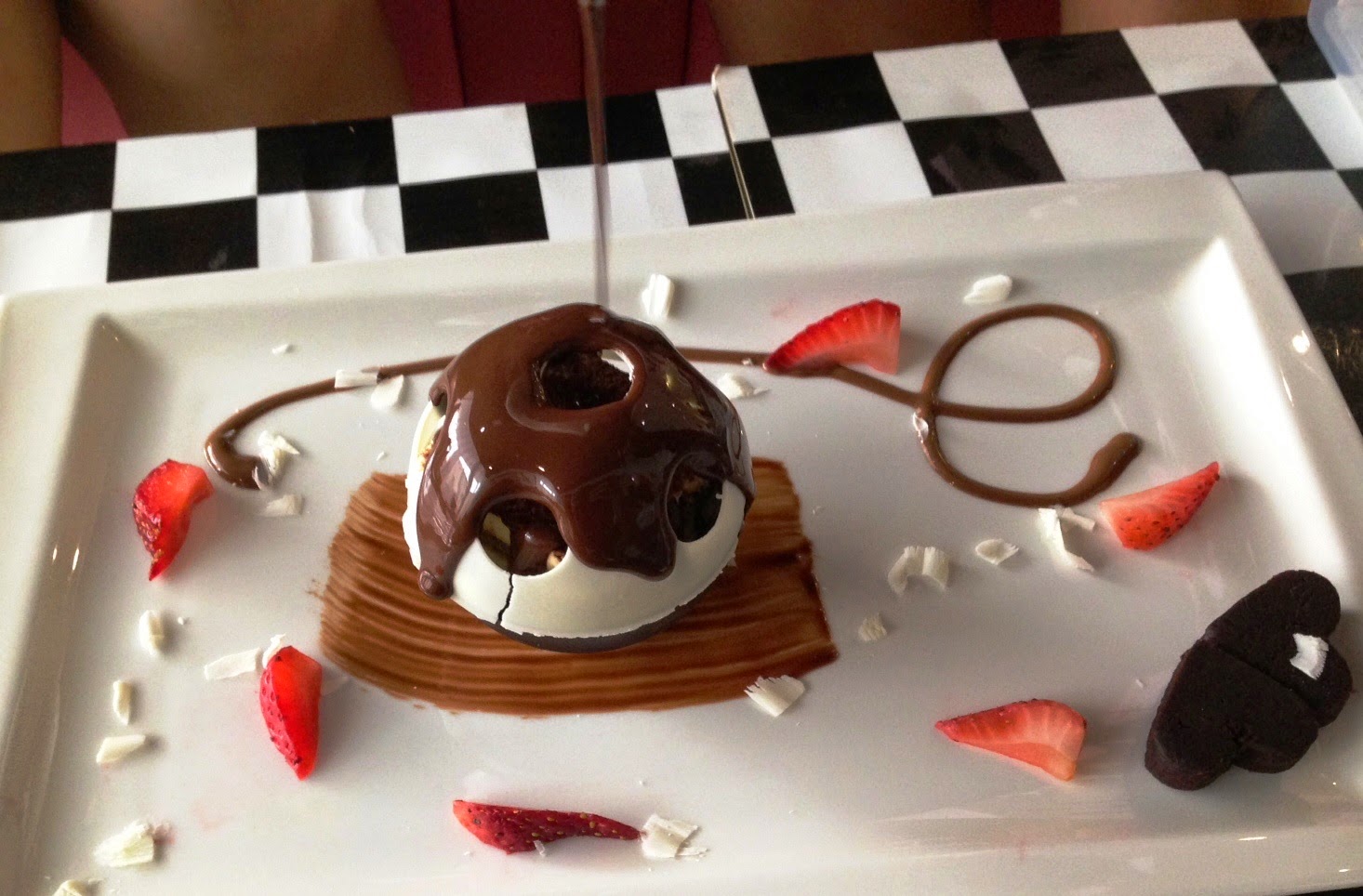 Hot melted chocolate is poured on the sugar shell which encases a slice of Tiramisu cake beneath. Apparently this is their recommended signature dish which has a "wow" factor in terms of presentation. However in terms of taste, the chocolate sauce is quite overpowering and we somehow forgotten that the Tiramisu slice should be the highlight of the dish. They have a self named dessert which also adopts a similar concept. The Mad About Coco dessert is actually an inverted chocolate lava cake whereby the chocolate is poured from the outside rather than bursting from within. 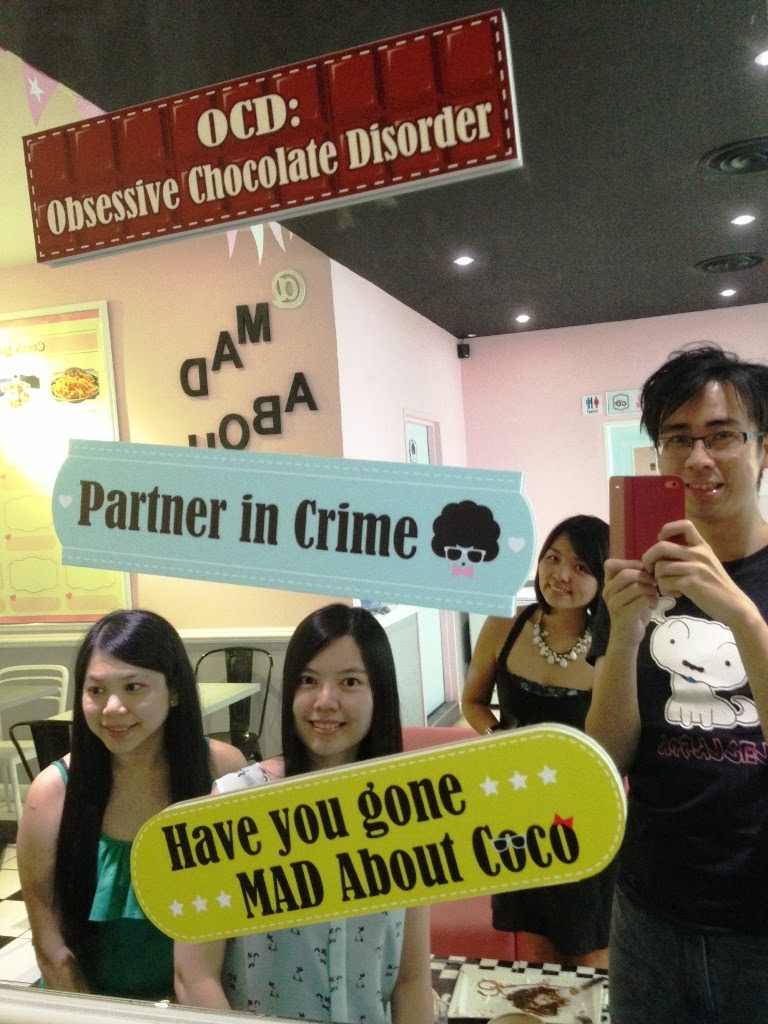 All the stuffs I tried were quite sweet and rich to my liking, you probably need more than 1 trip to try most of their signature stuffs. They have also staples such as Chocolate Fondue, Cold Cube Coffee (expresso freezed to be ice cubes and milk is poured to dilute it to be an iced coffee beverage), waffles, brownies and almost all chocolate derivatives. If you come in fairly large group, you might wanna go for their sampler platter called  Eeny, Meeny. Miny Moe - choose between the Mad About Coco cake or the Devil Tiramisu Egg to complement a fondue experience of chocolate lava with marshmallow, waffles, fruits and brownies. Interesting cafe concept if you ask me, but the food is just above average and priced quite premiumly. In return, you get a comfy catching up space with your loved ones and also a chance to selfie or wefie with the wigs, ties, ribbons and glasses. KL, though I have no intentions to work there, but it never fails to amaze me with new concepts everytime I drop by :)
Rolled by sEnGz at 11:04 PM No comments: