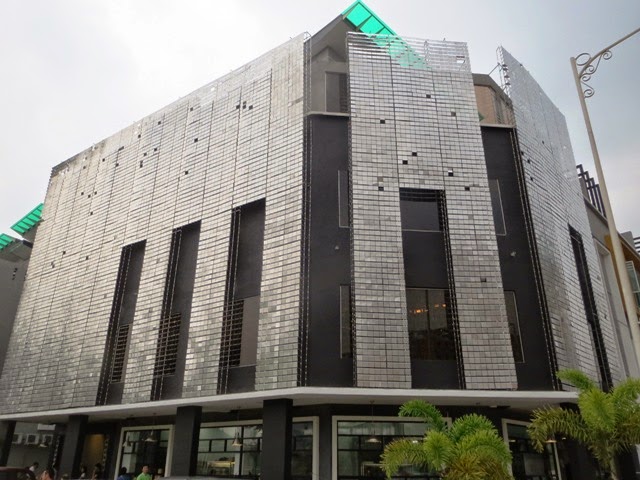 Due to the sneaks by Ipoh fanpage on Facebook, some would have known this building situated at SOHO which strikes a modern architectural facade actually is Nam Heong Food Court. Being a employee of Oldtown Group, I am fortunate to be invited to the soft launch last Friday, whereby there are free flow of drinks and food! :D 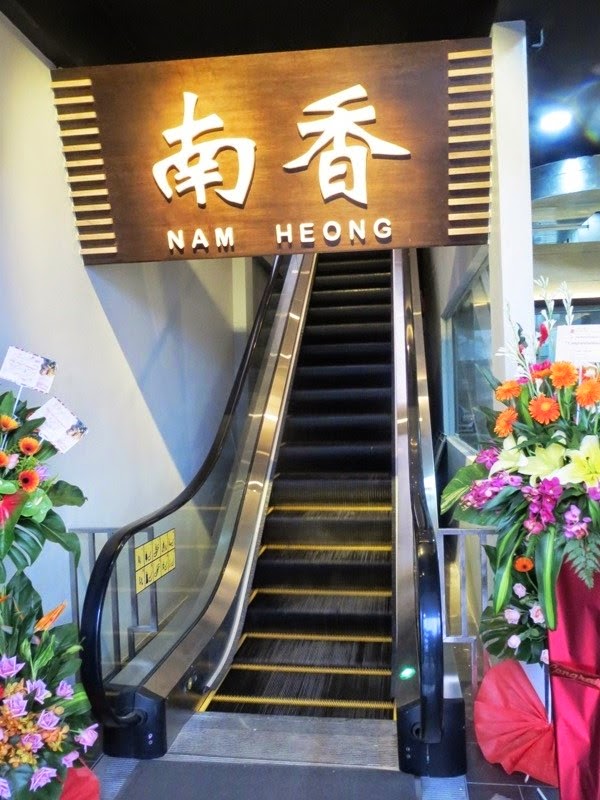 Nam Heong is a famous old school coffee shop in Ipoh old town, which is linked to the origins of White Coffee and the birth of now famous household brand of OldTown White Coffee. The son of Nam Heong's owner is actually one of the Directors and founder of OldTown White Coffee. And now, he is venturing into his personal project due to carry on the passion and legacy of famous Ipoh signature hawker food and not to mention the iconic Pak Ka Feh (White Coffee) 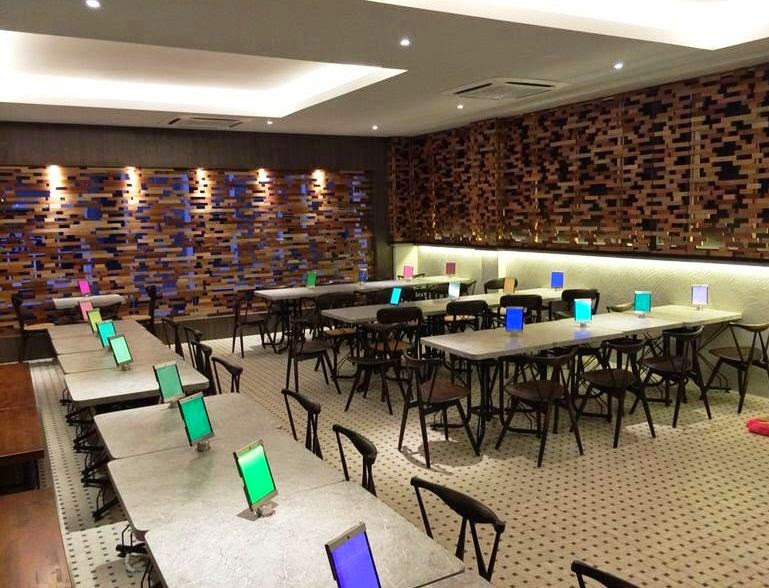 And thanks to the special invitation, I get the scoop of this news and preview coverage. Here are some sneak peaks before the soft launch. There are almost hundred tablets scattered all over where by one tablet caters to a table for two. And it was claim that it can sit almost two hundred people. 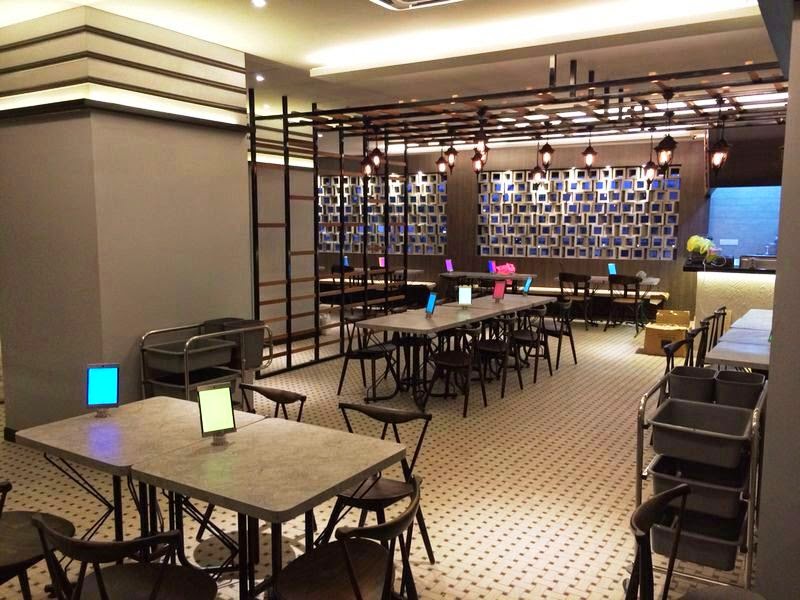 Modernized interior decor with warm lighting occupies the whole first floor as you step up the escalator. You might wonder where are the hawker stalls right? Cause all you do is to interact with ipad and the waiters bring you a chit of confirmed orders. 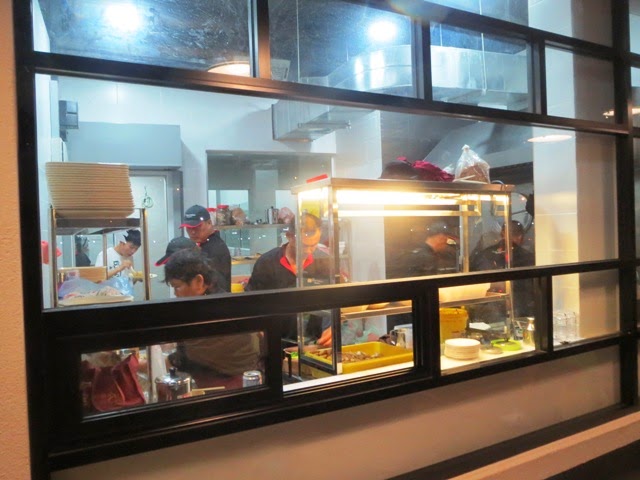 Well, you can get some live actions when you pass by the walkway downstairs. All the food preparation area for the hawker stalls are downstairs. You get to have a view of whats cooking and at the same time you wont leave the place with oily smell on your clothes and hair. Oh by the way, I was told that there are 7 dumbwaiters (micro-lift) which transport the food downstairs up to the first floor. 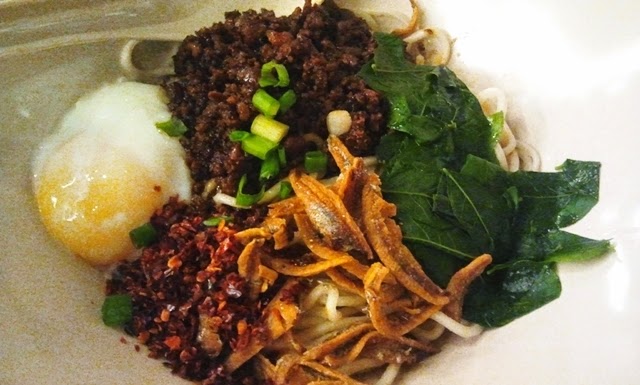 There are a variety of food here. For example, tha pan mee is actually a stall operated by the famous Lat Yat Lat Pan Mee (RM5.80-6.20) situated in Greentown. Under this category, you have options of CEO Pan Mee, dry version, soup version and also hakka mee. Go for the the dry chilli pan mee with poached egg. A standard serving comes with a fried anchovies, minced meat, spinach, poached egg and dried chilli flakes (you can opt the level of spiciness here). Extra toppings comes at additional cost. I would recommend you go by the standard serving though I opted for extra minced meat. Poke the runny egg yolk, mix it well and there you have it - ASIAN FETTUCCINE CABONARA with a spiced tinge! 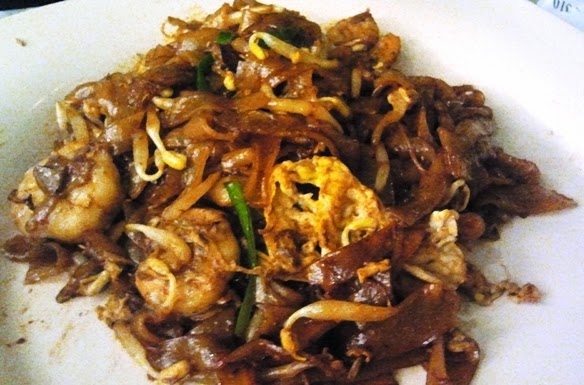 The Char Koay Teow (RM5.80) stall taste like the Lam Fung fried noodles in the original Nam Heong shop. Cockles, egg and prawns is always the best combination. A bit greasy and moist, best eaten hot. Portion is just right. Do not attempt for additional size up or extra toppings as you need to save your stomach for other items! 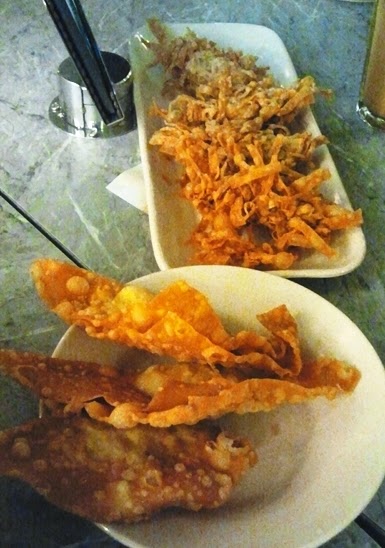 Under the Fish Ball Noodles category, the fried "liews" are from K10 Claypot Chicken Rice in Ipoh Garden East, which is one of my perennial favourite spot for breakfast on a non-working day. Priced at RM1 a piece compared to the counterpart of 70 cents in k10 shop, you are expected to pay for a slight premium for more cosy ambiance and dining experience 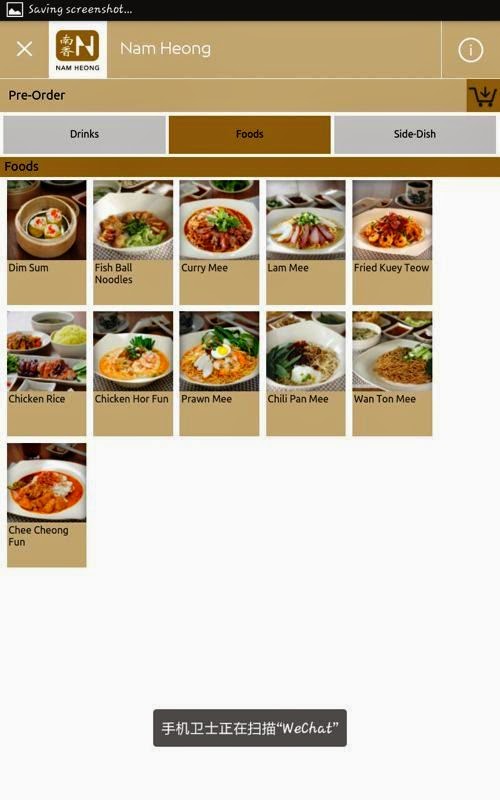 So I guessed you have seen the modus operandi here, Nam Heong Food Court bears slight resemblance to Lot 10 Hutong, whereby the best names in Ipoh are assembled under one roof. Top picks in the menu includes Pak Kong Chicken Rice, Aneka Selera (Dung Gu Teng) Curry Noodles, Wan Tan mee (i think its the famous Jalan Datoh). Famous snacks like Egg Tarts, Char Siew Sou and Wu Kok from the original Nam Heong coffeeshop is now coupled with a more extensive Dim Sum variety which is quite reasonable priced. The extensive menu can cater to your varying tastebuds. And best of all, you can download the app called MECAN ORDER to have a glimpse on the menu (and pricing too) and make up your mind what to order if you are caught in a traffic jam. 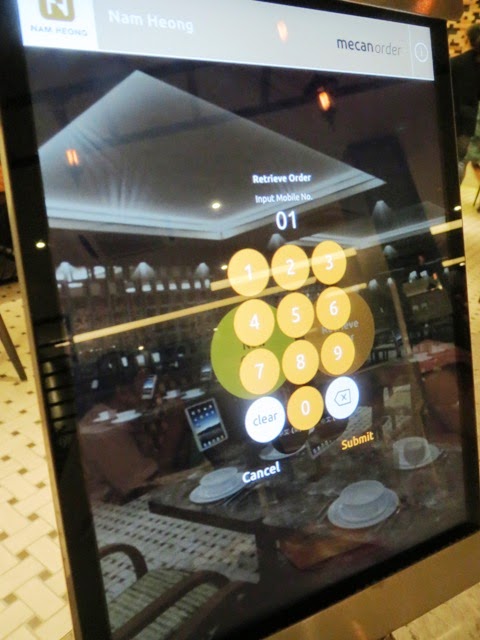 Better still, you can PRE ORDER your food using the app, and upon arriving, just key in your handphone number on the tablet to verify your arrival and the order will be executed promptly. Bear in mind that you have to register your handphone number upon downloading the app, which is supported by Android and IOS (not sure about Windows phone, sorry) 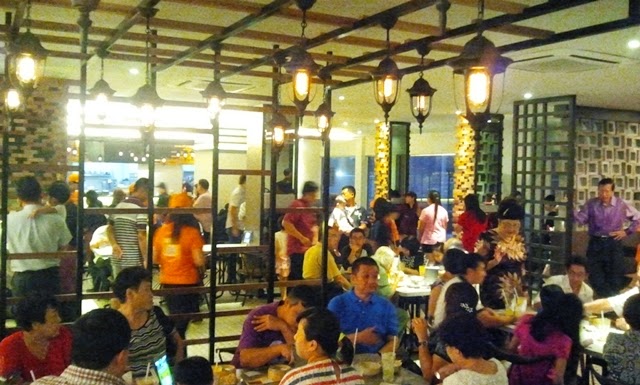 There you go, the crowd from the soft launch that night. Currently, the tentative opening date to public is 2 July. Business hours is said to be 7:30am to 4:30pm only. You wont miss this spot as it is "behind" the parking lot next to Sam Tet school (opposite Stan and Brew). Oh ya, I feel like being a bit more generous by leaking more insider info. Above Nam Heong, which is the second floor houses a fine dining restaurant by the name of i-Mirage, which is undergoing renovation. It is targeted to operate for dinner only and accepts only pre-orders (no walk-in customers as far as I was told). Stay tune for the next soft launch :)
Rolled by sEnGz at 10:32 PM 1 comment:

Hey I'm back after almost half a year of absence. Seems like blogging is no longer the trend with the surging popularity of Instagram, Facebook and Twitter takes over the trend of the early 2000. Furthermore, perhaps yours truly has not been trying any new food and beverage spots in Ipoh, despite many boutique cafes mushrooming in the sleepy town of Ipoh. The hype kicked start with Burps and Giggles but I was never a fond of Indulgence's chain, while Josephine's enlarged their territory in the form of Jose and Deli while Secret Garden ventured into Ben and Lynette. Not to mention many gourmet and artisan coffee spots sprung up, charging over RM10 for a cuppa. I was like, seriously, are there so many rich people in Ipoh to sustain the market? With the rising cost of living recently, perhaps most, including me, might go for a first try, but is there the purchasing power to sustain business? 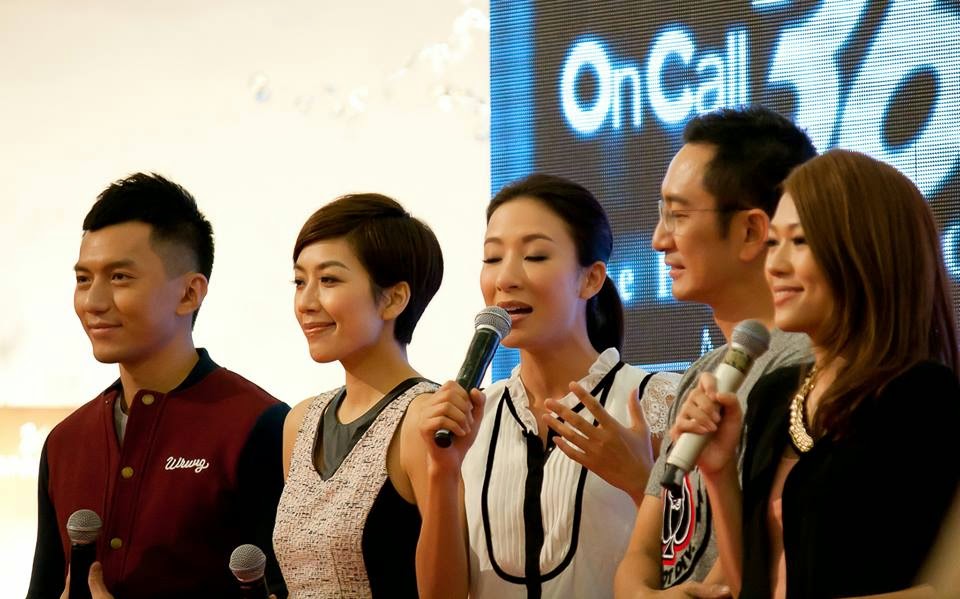 Hmm... I'm still holding back on trying those spots, mostly banking on their ambiance rather than quality of food, so don't be surprised this backlogged post is not about food. In the midst when 2013 was coming to a curtain close, me and a few trusted colleagues went to hunt for "stars" instead of food. Since "the Hippocratic Crush" or fondly translated from Cantonese as "On Call 36 Hours" premiering on free TV now, its apt to post photos  of their roadshow in Aeon Station 18 quite some time ago. Most of the same cast were featured in their sequel, with addition of veteran "doctor" Lawrence Ng. 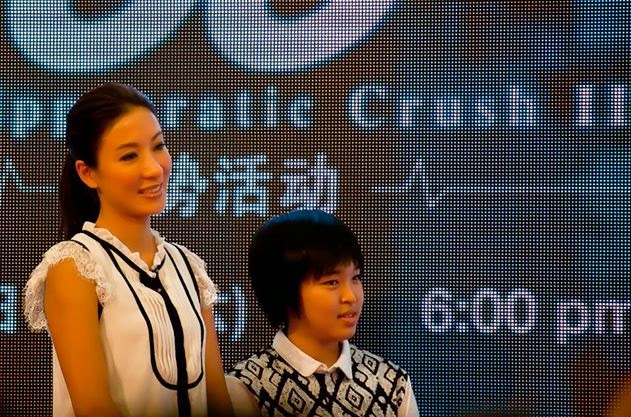 Tavia Yeung, the main actress in the series is very generous in letting out her tears. She don't really need to put much effort at crying scenes, don't you think so? 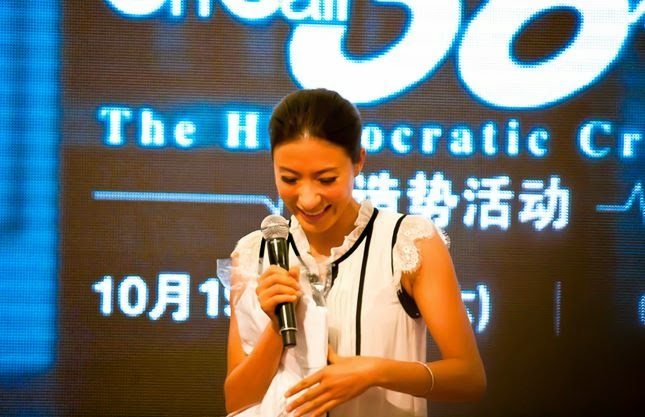 She is really thin in person too. You might wonder is her nose real? Well, your guess is good as mine. I prefer her hairstyle in the prequel though. 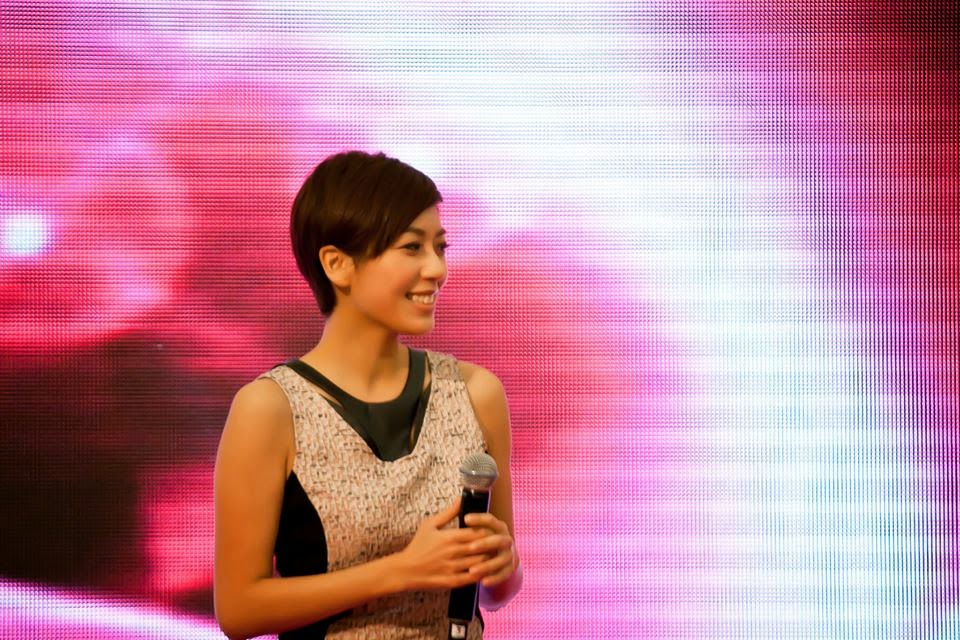 I prefer Mandy Wong over Tavia Yeung. More down to earth perhaps. And I like her character's cool, strong personality and determination in On Call series. 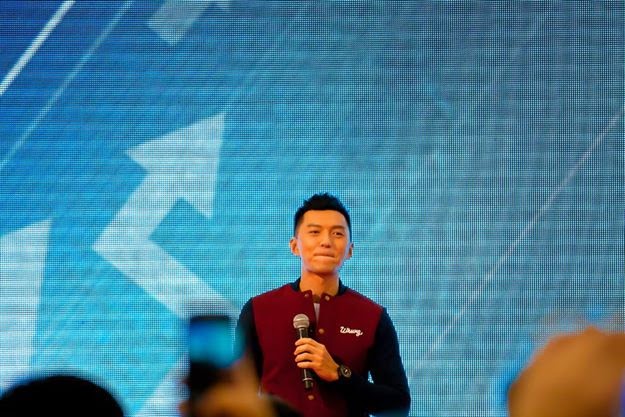 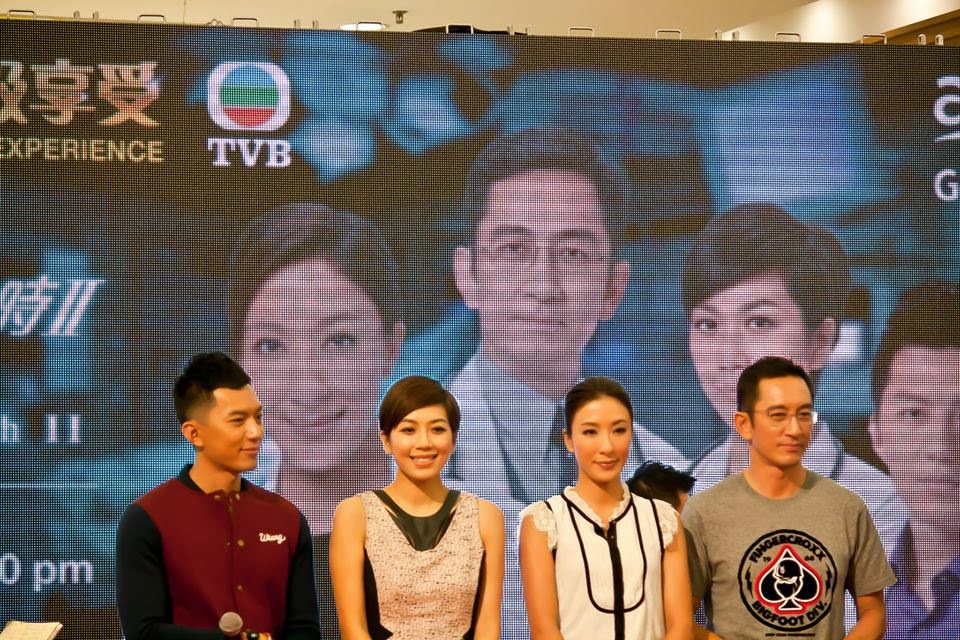 Group photo. Credits to photographer Evonne with her DSLR and hunting for good photography angles! 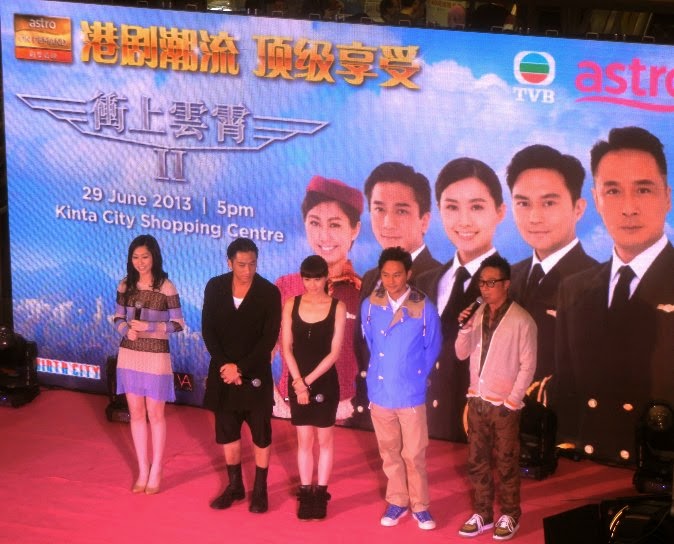 Next, there was an earlier roadshow, which is about 1 year ago. The hype was all about Julian Cheung making a comeback in one of TVB most anticipated series of 2013, the sequel of Triumph in the Skies. They retain Francis Ng as the main character but seems that Captain Cool is the more favourite character due to his charming looks. Nevertheless, all Ron Ng, Francis Ng and Julian Cheung managed to get equal and astounding applause from the frantic crowd.

Wow the crowd goes crazy about handsome guys, all guys went to frenzy mode when Fala Chen made her appearance on stage. Yes, though who followed the series might not be very pleasant with her flirtatious character of Holiday. Cuteness and sweetness overdose, she also spot a slim figure in real person :D 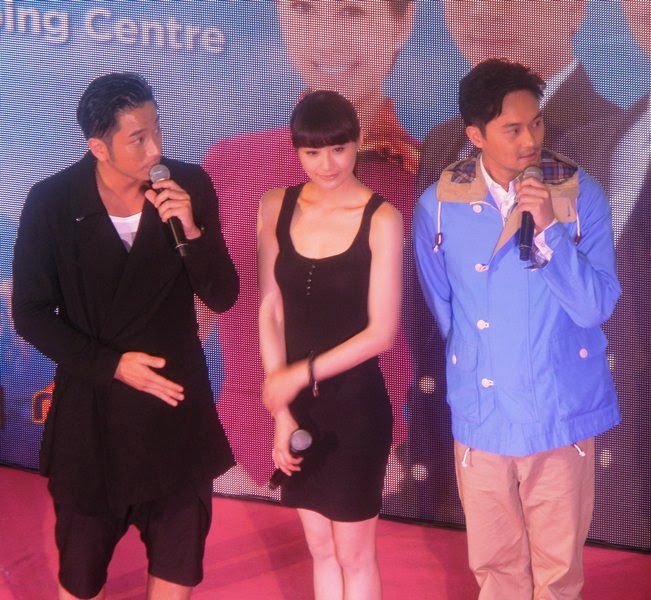 Photos were taken from my trusted Nikon camera before it died few months later, thus explaining the reliance of my colleagues DSLR on every food or event review. I too ran high and low Kinta City to get a good angle of the TVB stars. 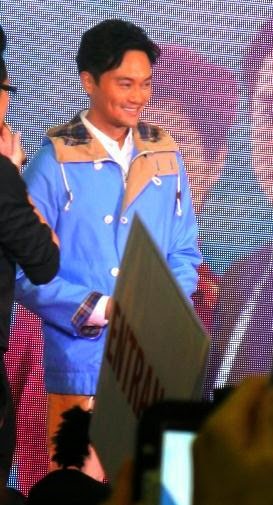 Can't believe he is 40 years old plus and yet look quite charming and boyish! 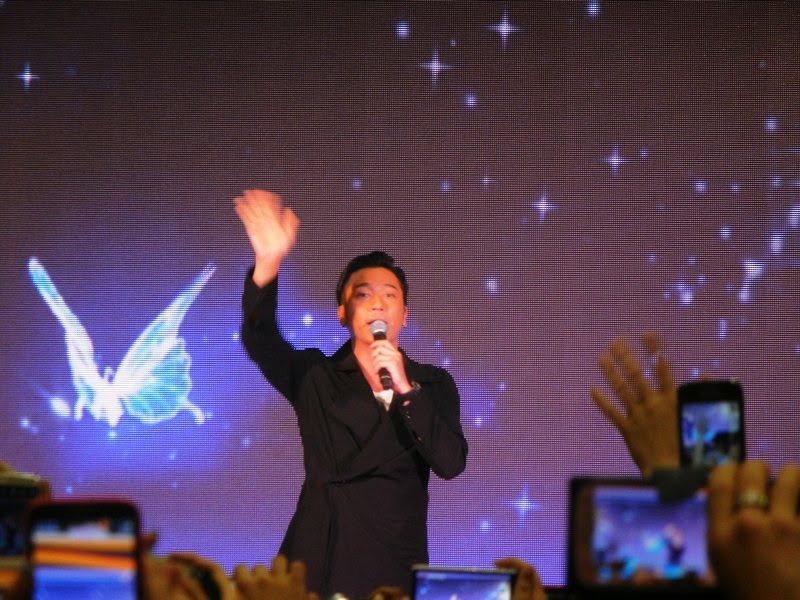 Ron Ng never failed to get screams from the females but because of Chilam's apperance, I think he was on a close second spot in term of crowd favourite. 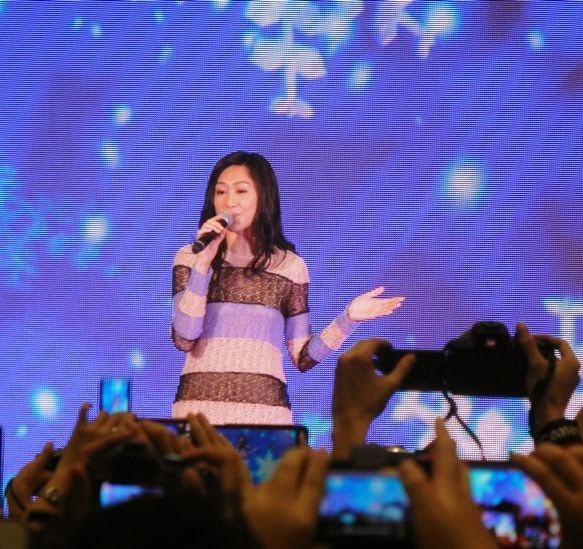 Nancy Wu has a great voice! Singing Hou Lai, that was one of a great live rendition which is so appealing to the ears and serenaded the crowd so much! Famous for portraying flirtatious characters in series, I think Fala gave us a fresh experience on being a "hiao po" instead of Nancy Wu. 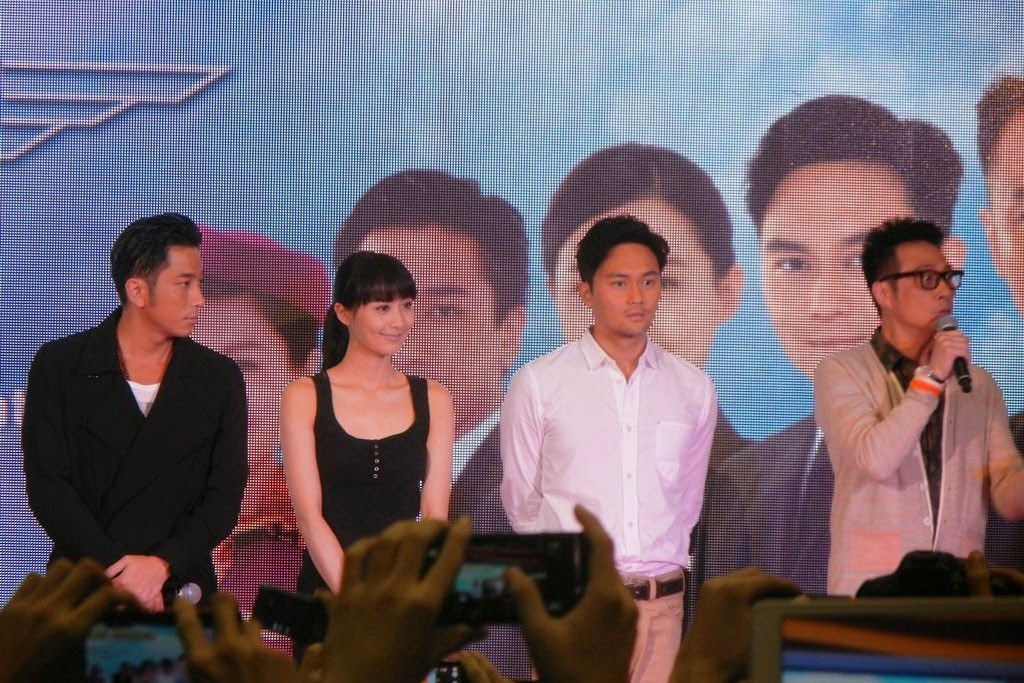 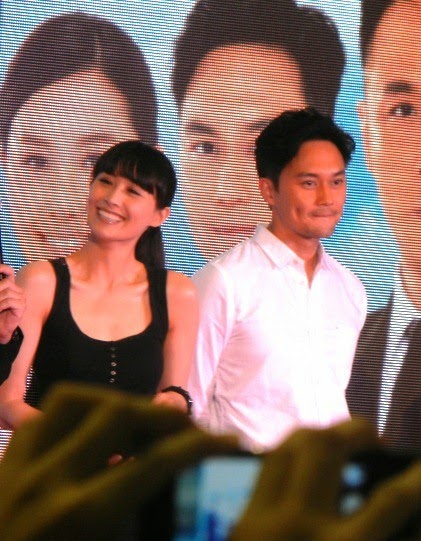 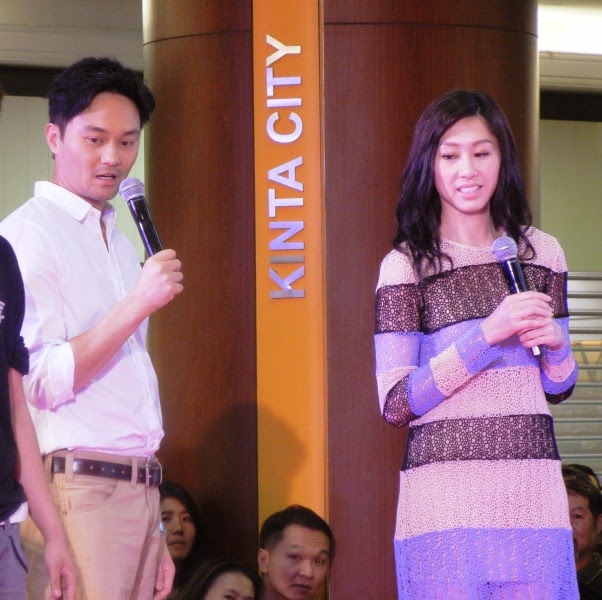 There you go, a simple post to keep the blogging spirit and passion alive. After haven't been logging in for few months, I'm so motivated to blog back after seeing my blog has passed the 120,000 page views mark! Thanks for all the followers and I will try my best to update you all with dining experience the next time. Hopefully, as my makan gang seems to be disbanded recently. Till then, let's see how things goes. Cheers!
Rolled by sEnGz at 12:06 AM No comments: