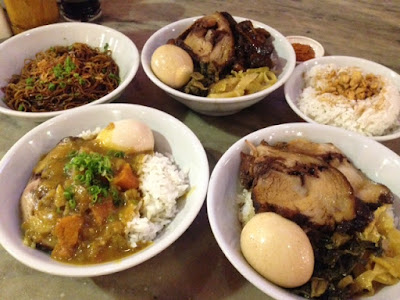 I got to know about Champ Kitchen few months back. Having to see the price of their menu, I was a bit skeptical to try as it was relatively pricey in Ipoh and was doubtful was it any lackluster attempts which could not live up to expectations. After I did some research online, I discovered that they have an outlet in Kepong and was featured in Ho Chiak before, thus explaining the relatively “out of Ipoh price range” 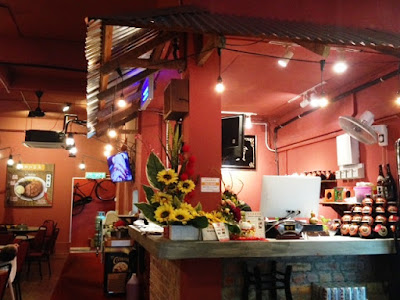 Having twice Kenny Rogers meal in the gap of 3 days, I tried to avoid chicken and at the same time would prefer some porky goodness which I usually find my solitude in places like gastrobar like Berlin’s, Marganfield’s or Korean restaurant such as Doma, Daorae and Da Ohn Da to name a few. I was thinking; why not I just give this new place a try for dinner? 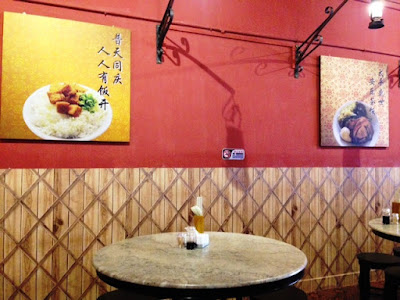 The decor here is kept to the classic Chinese dining places back in the olden days - marble tables, wooden stools, "oil lamp" lights which resembles setting like an inn in those Chinese movies. And now, to the food review below! 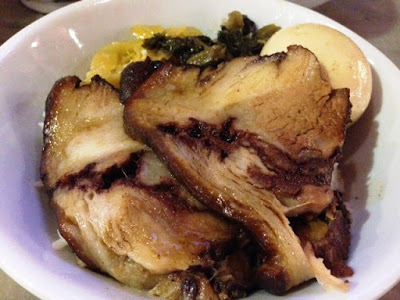 The Pork Knuckle Rice Bowl (RM14.80) is slightly meatier but also comes with quite substantial layers of fat. The fat layer is almost melt-in-your-mouth degree, evidence of its acclaimed 72 hours preparation process. According to the description from the portraits and also the media coverage repeatedly highlighted on the TV screen, the slow cooking involves braising it under pressure with a recipe passed on for more than half a century old. The taste is more delicate rather than fully intensed stewed pork trotters version you find in Bak Kut Teh stalls whereby the latter uses heavier dosage of dark soya sauce, garlic, dried chili and seasoning like five spice powder. The one served in Champ Version boast of its tender and unique texture of both the lean layer and the fat layer, without an overpowering gravy. 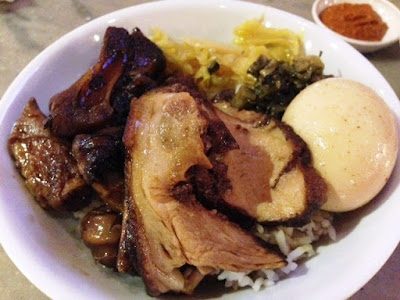 You would've noticed by now that almost all the individual rice bowl has an egg, a serving of mui choy (preserved vegetable) and a serving of ham choy (pickled/salted vegetable). The egg is not the hardboiled type as you would find in most other places but it has a runny molten yolk. The egg did not score the points by some who preferred the conventional type. To me the runny centre will be ideal if the rice is piping hot with lard - recreating the rustic recipe of artery-clogging "zhu yau lou fan" but alas the rice here is not hot enough when served. The second item, Pork Hind Rice Bowl (RM12.80 on its own) has lesser meat and its compensated with more gelatinous skin. Unless you opt for the RM15.80 version with additional portion of leaner pork slices as shown in this photo above. 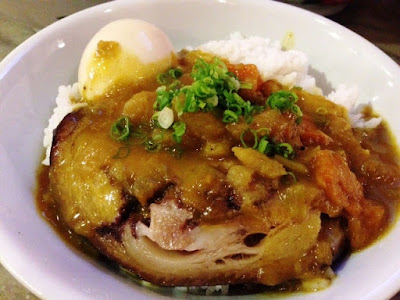 The Pork Chop With Japanese Curry (RM15.80) was not so in place. The already tender stewed pork slices in herbal and soya taste did not really complement the additional gravy of the Japanese curry. The onshen egg is a standard accompaniment, but the pickled preserved vegetables is absent from this version. 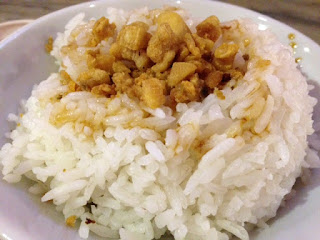 If you need more carbohydrate, the White Rice is mildly transformed into revamped add-ons with the sprinkling of crispy fried pork lard and drizzled with lard oil. At RM3 per serving, the price is doubled compared to that of bowl of ordinary white rice; I feel that they could be a bit more generous in the crispy pork lard. After all, those who have done marketing often will clearly know that the cost of pork lard is very much low as it is an unwanted “by-product”. 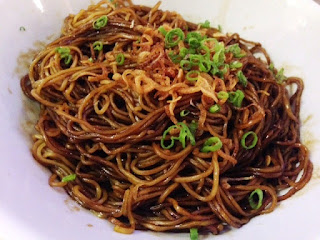 The Plain Noodles (RM2.80) was indeed good, infused with a good fragrance of lard oil used while tossing the egg noodles. The texture was spot-on as it was neither overcooked not undercook and alkaline aftertaste was practically absent in every bite. However, if they could hold back a little from the dark soya sauce used, it would be near flawless. One step up the menu is the Pork Lard Noodles which is priced at RM6.80. Considering the premium of RM4 from the plain noodles, I think that would be a bit too pricey for just a small additional topping of fried lard. 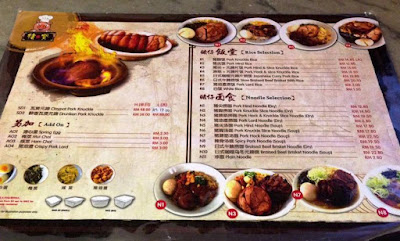 Here is a snapshot of the menu. The individual rice bowl (or noodles meal) is the cheapest proxy to dine here if you would like to try more items. Being above RM10 for every single portion, it may be slightly pricier than what you would expect. But heck, a single serving of Bak Kut Teh alone also would be RM10, and if you add in yau char kwai, rice, additional fu chok or mushroom, it would be around RM15+ already. And judging by a better dining environment which is airconditioned, well, its up to you to define worth. 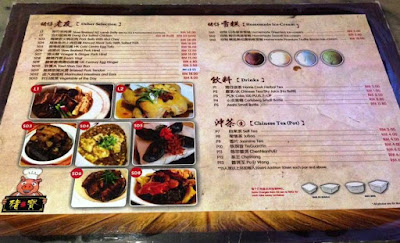 The bill for all the above plus 3 drinks came to RM57+. GST is already included and there is no service charge. Here is the "dishes" menu which could cause the addition impact to your budget. A small serving of claypot knuckle starts from RM48 and the large one cost RM78. Not to mention most of the other dishes are not that cheap either. Nevertheless, yours truly might wanna return to try the ala carte dishes this time. 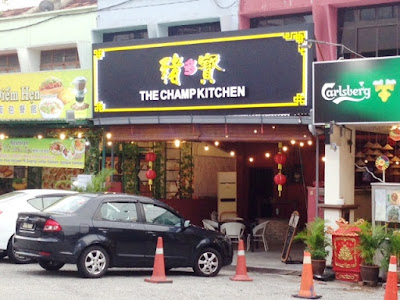 Located at the same road as Good Times steamboat, Vnam Kitchen , Soon Fatt and Overseas restaurant in Greenhill, you either love it or loathe it (the slightly above Ipoh average pricing versus the love for pork). Hope this review will shed some light for those who have yet to try. Happy pigging :) oink~
Rolled by sEnGz at 10:41 PM No comments: